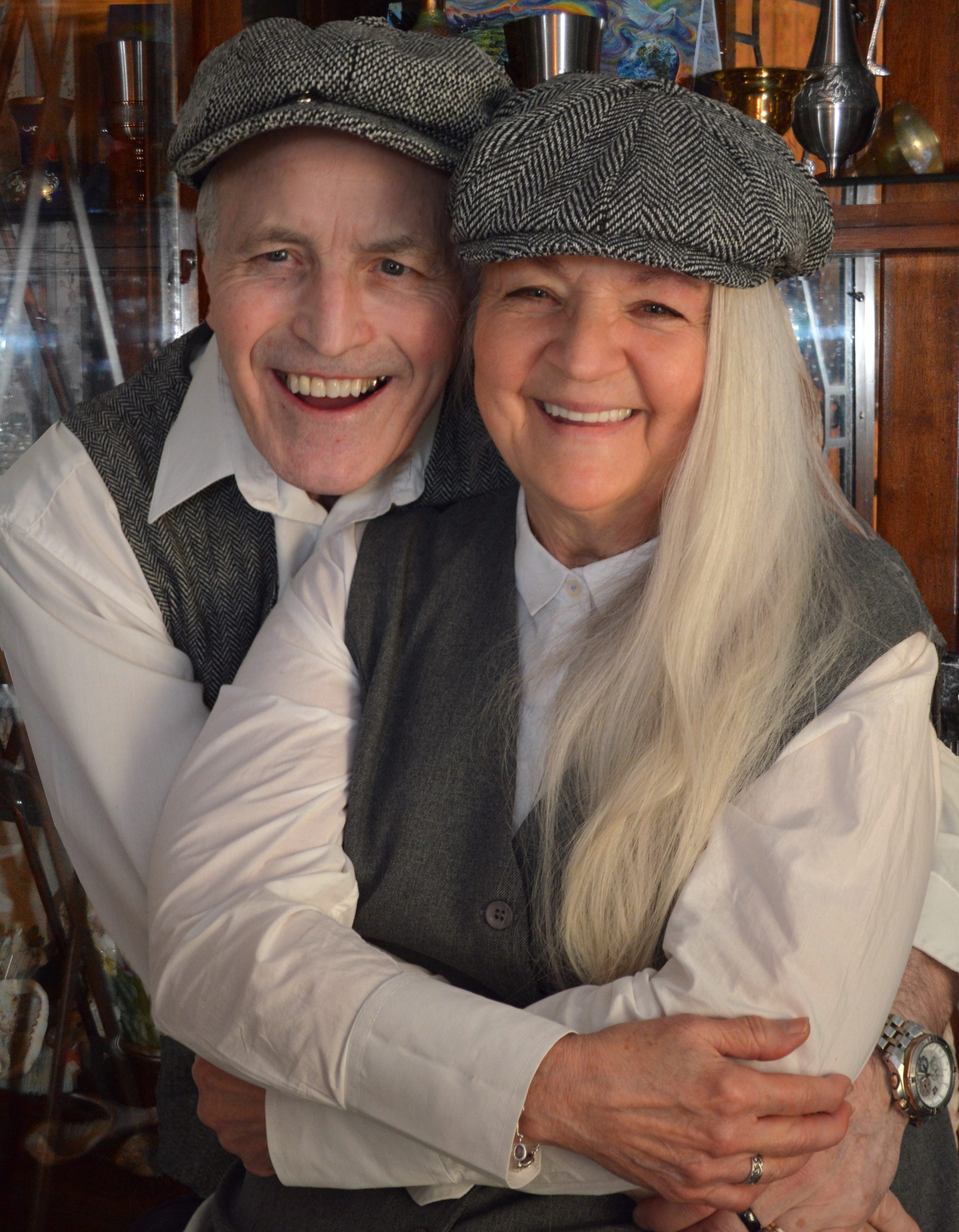 Derrick freely admits to being a beginner, virtually each painting he does is an experiment, there is always something he hasn’t done before whether it is fabric, feathers or painting a suit of armour etc.
He has been a professional photographer since 1963 when he was apprenticed to a High Street portrait photographers studio in Belfast N Ireland, following his apprenticeship he moved to London and worked in a New Bond Street studio doing commercial photography (photographing furniture etc.) then followed stints of freelancing doing wedding photography, architectural and even 14 years as a police photographer he had never even thought of painting or drawing being fully committed to photography.
Around about 2012 he began a city and guilds drawing course in the local college and three months later he was awarded and a pass with merit. When later he met his new wife Linda (who is a talented artist in her own right) she encouraged him to try painting which he only started in January of 2016 (at the age of 69).The first picture he painted was a 20×16 in acrylic on canvas board of a robin taking off to fly, which he calls very appropriately “Up, Up and Away.” In 2018 he made his first submission of a painting entitled summer flowers to the prestigious Royal Ulster Academy annual exhibition in Belfast although it was short listed it was not accepted for final display.